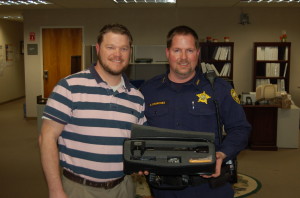 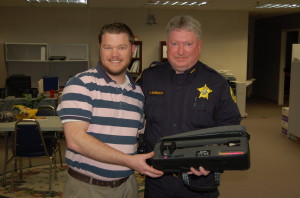 In efforts to combat the use of alcohol on school premises, the Van Buren County TEA Coalition recently donated Passive Alcohol Sensors to all three schools in the county. Passive Alcohol Sensors are a passive device that can detect alcohol in the ambient air. It’s held five to six inches from the person while they speak. There is a small pump that takes in the ambient air and tests it for alcohol. The process should take no more than 15 seconds. The purpose of the Passive Alcohol Sensors is not to surprise or catch students, but instead hopes to promote safety and deter underage drinking as well as, discourage alcohol use among students and adults on school premises and at all school functions. “We want to inspire students that you can still have fun without having to drink alcohol, as well as give parents more reassurance that their kids are safe and not driving under the influence of alcohol,” says Brian Henderson, Van Buren County TEA Coalition Coordinator. April is Alcohol Awareness Month and for most school districts, prom season.