“These ladies have set the standard,” Coach Tim Hooten.

“Excellence is not a singular act, but a habit. You are what you repeatedly do.”

Shaquille O’Neal’s quote is the most fitting way to describe the Quitman Lady Bulldogs. It has been a joy to watch these ladies on and off the court. This group of eight seniors along with sophomore Taylor Hooten have been a part of seven State Championships, four State Runner-ups, and numerous other tournament wins and awards in the last four years in various sports. Their work ethic is unprecedented both on the courts and fields as well as in the classroom.

Thursday night at Bank OZK Arena in Hot Springs in front of 2247 fans the Quitman Lady Bulldogs faced an opponent that they could not outrun, outshoot, or out rebound. It was not the storybook ending that the Lady Bulldogs and Bulldog Nation had hoped for, but it was still an accomplishment.

In what would be the final Arkansas Activities Association (AAA) State Championship game that would be played last weekend, due to the fear of spreading the COVID-19 virus, the Lady Bulldogs faced defending State Champions the Melbourne Lady Bearkatz. The Lady Bulldogs found out right before the game that there was a possibility that AAA might suspend all spring sports. “We found out right before the game that the virus may cancel softball and track and field,” said senior Lucy Holland. “We knew this may be our last chance to play. That helped to motivate us. The possibility of not playing again also gave us the motivation to play until the final second.”

The Lady Bulldogs struck first late in the first quarter on a layup by senior post player Lucy Holland but was answered by two Melbourne three pointers. Two made free throws by Holland ended the quarter with the Lady Bulldogs trailing by one. The Lady Bulldogs only shot 27% from the field in the second quarter while Melbourne shot an unbelievable 71% from the field including four out of four shots from the three-point range, to extend their lead at half-time to eighteen. It was a deficit that the Lady Bulldogs could not bounce back from, falling 47-28 in the final. In the post-game interview, Holland commented on Melbourne’s height advantage, “Even if you are smaller, you can’t be thinking that way,” she said. “You can’t think that way when going up against someone taller. It may be a disadvantage, but it can be an advantage for your teammates. You can pass out to one of the guards on the perimeter.” Unfortunately for Quitman the outside shooting game was uncharacteristically off Thursday night, shooting only 11% from beyond the arc. Coach Hooten followed up by saying, “We didn’t shoot up to our capability. Maybe, it was the bright lights, but Melbourne needs to be credited for sticking with us. We had a lot of shooting difficulty. Melbourne’s size affected us. They always had a hand in our face.”

Although they did not bring home the Championship, these ladies have exemplified excellence because they have repeatedly worked hard in everything that they do. As for the future, Coach Hooten said, “These are the ones that our younger girls look up to. We like these girls to always be an example in everything they do, in their grades, their basketball, softball, track,” he said. “These ladies have set the standard; everybody is going to work really hard because they don’t want to be the first group to break that streak.”

Only four Bulldog players scored in the game. Lucy Holland led with 14pts, followed by Taylor Hooten with 6 pts, Halle Bennett with 5 pts, and Autumn Johnson with 3 pts. The team combined for 28 rebounds and was 100% from the free-throw line. 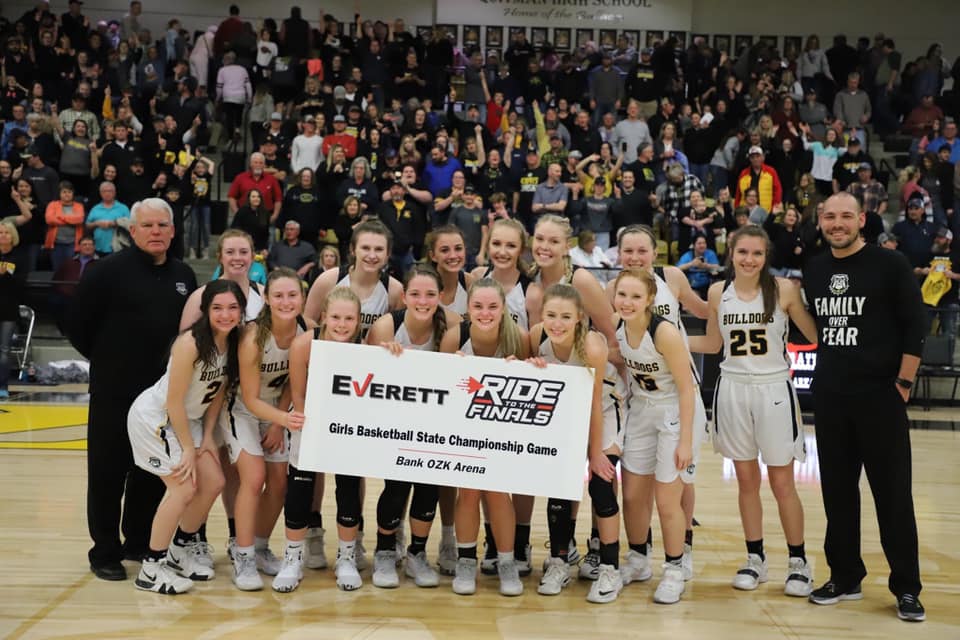 Quitman, AR-The Quitman Lady Bulldogs drove past Hector, Marmaduke, and Earle on the road to Hot Springs this past week at Bulldog Arena in what some on social media are describing as “all gas, no brakes.”  The Lady Bulldogs combined for 195 points in three games to punch their ticket to the State Championship. This will make the third time in four years that the Lady Bulldogs will have been to the big dance in Hot Springs. Following a loss to Hector in the State Semifinals in 2016, the Lady Bulldogs stormed through Hot Springs the following year to bring Quitman their first ever Girls Basketball State Championship, setting an all-time record for fewest points allowed in a State Championship game. In 2018 and 2019 the Earle Lady Bulldogs stood in Quitman’s way of a second state title, defeating the Lady Bulldogs 48-43 in the State Finals in 2018 and sending the girls home early last year in the quarterfinals at Carlisle. Saturday night in Bulldog Arena, after trailing by only two early in the first quarter, the Quitman Lady Bulldogs put the pedal down and never let up, defeating Earle 40-28. They will face the defending 2A State Champion Melbourne Lady Bearkatz on Thursday at 6 pm. Lake Area Sports will not be able to live stream the event, so if you cannot make it to Hot Springs, you may catch the game on the AETN network.

Player of the Week Brought to You By 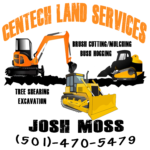 Luke Roland of the Pangburn Tigers