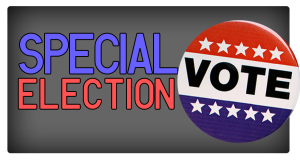 A special election will be conducted on April 14, 2015 to consider a proposal to issue bonds for the purpose of addressing our deteriorating roads. These bonds will be paid utilizing road turnback fees from the state. By state law, sales taxes are pledged, but the bonds can and will be paid from road turnback fees. No new taxes are required to fund this bond issue.
In August of 2014, the City employed paving expert consultant, Mr. Bobby Morris, to review every inch of paved road in Fairfield Bay, make an assessment on its condition, provide a cost estimate for resurfacing the road, and make a recommendation whether it should be chip and seal, double chip and seal, or 2 inch asphalt. Additionally, he put the roads into four different categories of their condition. There were 25.4 miles that were assigned the highest priority- these streets have major problems and need to be repaired as soon as possible. Without the bond package we are able to address about 2 miles of roads per year. We are behind the power curve. With the bond package we will be able to accomplish 29 miles of resurfacing this year plus stripe 55 miles of our 76 miles of paved roads (the only roads we would not stripe this year are the new chip and seal resurfaced roads that need to settle for a year before striping). With the bond package we will get ahead of the power curve.
Taking the information from the consultant, the City Council aldermen went street by street in each ward and reviewed the consultant’s recommendations and further refined the list. Next, they had to consider the State Aid Street program that is available to cities for projects that are key economic development, health and safety concerns, and key connector routes. Maximum amount available on these projects is $250,000 and available no more often than every other year. This is the program that resulted in the Castle Ridge paving that was done in 2014. It will allow us to do 2 miles of 2 inch asphalt with every award. A comprehensive street plan was then developed considering all those factors. Priority was given to streets that were in the worst condition and to streets that would not qualify for the State Aid Street program.
The resultant plan resulted in 8.3 miles of 2 inch asphalt paving in 2015 and another 20.7 miles of chip and seal paving in 2015. Included is paving the road to the animal shelter, and short additions of new paving on Dunlop, Sunnyside, Southwind, and Spring Street.
Annual bond payments of $121,360 are anticipated (will fluctuate based on the exact interest rates when the bonds are issued). The city’s average annual road turnback revenue over the last 10 years has been $185,000 per year, ranging from $161,000 to $217,000. The half-cent state sales tax that was passed in 2012 increased the amount that goes to cities each year. Last year the city received $217,117. We anticipate having anywhere from $80,000 to $100,000 annually to address roads that we do not resurface in 2015 or as part of the State Aid Street program.
In summary, I strongly support this bond package. It is absolutely imperative we pass it if we are going to keep up with our infrastructure. It will make our city much more inviting and attractive, increase our property values, and make a statement to those considering moving here or opening a business here. We can afford the bond payments and no new taxes are required. Please vote on April 14 for the bond package. Early voting begins April 7 at the County complexes in Clinton and Heber Springs (depending on which County you live in). One polling place will be open for voting in each county on April 14. Van Buren County, Fairfield Bay residents will vote at the Fairfield Bay Baptist Church and Cleburne County, Fairfield Bay residents will vote at Peace Lutheran Church.