Woodcarvers Unlimited of Fairfield Bay, AR was founded on September 27th, 1990 by Robert and Mina Hoskins, Jim White, and other woodcarvers. In 1991 the woodcarvers decided they would like to carve an “American Totem Pole” as a commemorative to the 200th year anniversary of the Bill of Rights. Green Bay Packing of Clinton, AR supplied the log. Sixteen members of the club did their research on American History and chose American symbols for the totem pole. The totem pole was completed on July 4th 1992, taking 1 1/2 years to complete. The American Totem Pole stands next to the Log Cabin Museum in Fairfield Bay, AR

A second totem pole was carved by Jim White at the request of Indian Rock Village and is more representative of what we think of as an Indian totem pole. It depicts the Good Samaritan, Indian, Black Bear, Fish and Thunderbird. Jim White finished this totem pole in October, 1993. This totem pole stands at the corner of Dave Creek Parkway and Crossover in Fairfield Bay, AR. Jim refinished these first two totem poles in 2011 and 2012 at the spry age of 95 years.

In 1996 a third totem pole was carved by the club which depicts the living history of Fairfield Bay and area from the Woolly Mammoth time period to the present.
The symbols from top to bottom are as follows:
Bald Eagle, Brown Trout, Tennis, Golfer, Hiker, Boars Head (restaurant), Log Cabin, Cave, Indian, Woolly Mammoth and Woodcarvers Logo “Mallet and Chisel “.
In 2006 this totem pole was taken down and completely restored which took 6 months to complete due to severe rot and bug infestation.

Woodcarvers Unlimited took on another large project for our Fairfield Bay Library. Several large carvings were completed and donated to the library which are displayed on the walls.

The Master Gardeners asked the woodcarvers to carve a “Welcoming Bear” to be placed in Ed Leamon Park. This was accomplished and the bear still stands in the park.

Jim White’s last carving was a request from his church, Kirk of the Hills Presbyterian Church, in Fairfield Bay, AR. In 1987, Jim brought a beam of English Limewood from England, and he had future plans of creating a special carving into this piece of wood. Kathleen Hadley (Pastor Robert Hadley’s wife) created a design to be depicted on the beam of the five miracles that Christ performed. They are: Water Into Wine, First Catch Of Fish, Calms The Sea, Feeds The Five Thousand, and Walks On Water. The inscription on the carving reads, “Out of the believer’s heart shall flow rivers of living waters” (John 7:38). Jim completed the carving in 2013, and it is now a lovely addition to his church.

Through the years many carvers from our club have traveled to Branson and Springfield, MO to increase their skills by taking classes from recognized professional carving instructors: Harold Enlow, John Engler, Ed Zinger, Ev Ellenwood, Harley and Midge Schmitgen, Jim Willis and Debbie Edwards just to name a few.

Ev Ellenwood has published books on carving and produced instructional DVD’s on woodcarving and sharpening carving tools. His books are now published in German and Chinese. His web site is. www.ellenwoodarts.com. A good site for classes in Springfield,MO is www.johnenglerwoodcarving.com

Through the years, Woodcarvers Unlimited has been a group dedicated to the betterment of Fairfield Bay by dedicating their time and talents to that cause.
Woodcarvers Unlimited meet the 1st and 3rd Thursday of each month at 1pm (excluding Holidays) at the Senior Center in Fairfield Bay, AR. Visitors and anyone interested in woodcarving are welcome to join the carvers. 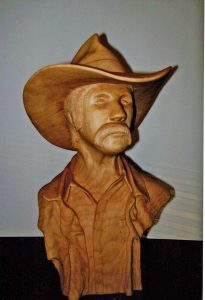 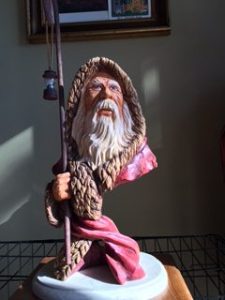 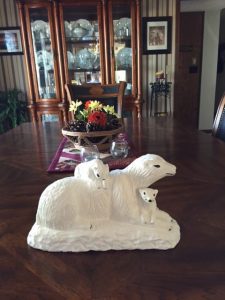 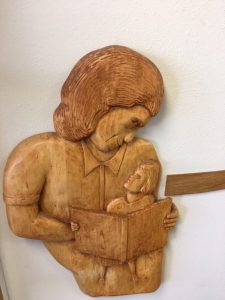 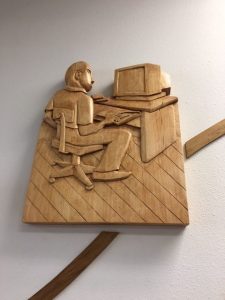