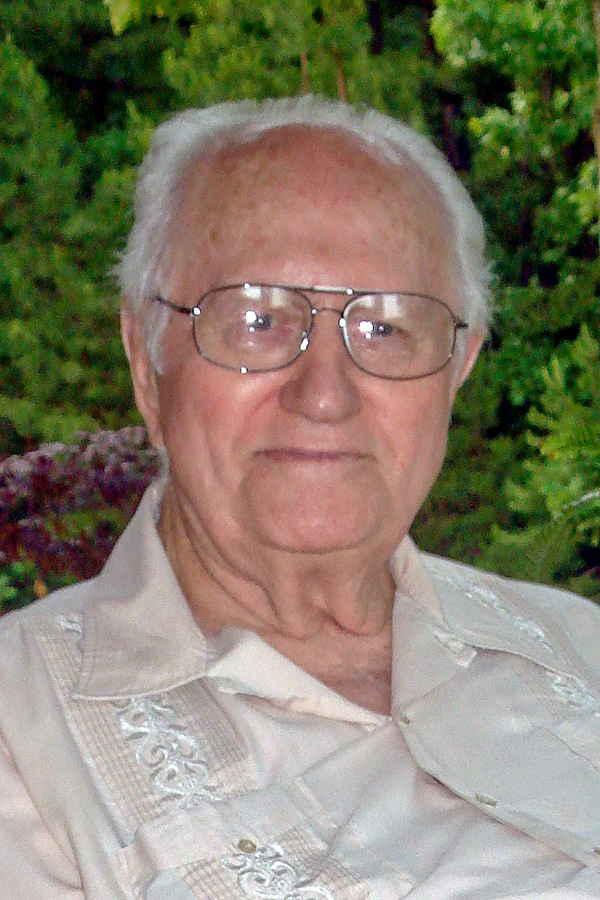 SIMPSON, Troy Denver, 93, of Fairfield Bay, Arkansas, went to be with his Lord on October 3, 2018.   Born November 8, 1924 in Holly Springs, Nevada County, Arkansas.
He is survived by his loving wife of 72 years, Wilma Bailey Simpson, daughter, Linda Reynolds and husband Ron; daughter, Brenda Sellers and husband Michael; four grandchildren, April Garrett, Jon Kelly, Christopher Sellers and Stephanie Sellers and seven great grandchildren, Elijah, Gracie, Emma and Lanie Garrett, Brayden Pabst, Aurora Sellers, Sarah Lange.   A World War II veteran, Troy joined the Army in January 1943 at the age of 18. He served with the antitank company of the 324th Infantry in the European Theatre and treaded his way on foot much of the way through France, Germany and Austria. He returned to Arkansas in November of 1945, after the war ended.   In 1946, unable to find work in Arkansas, he moved to Dallas, Texas. Troy and Wilma were married in Dallas on February 15, 1946, after a short courtship of 2 months. He had many jobs before working for Brown Express Motor Freight in the Dallas – Ft. Worth area for 28 years. Upon retirement in 1983, he and Wilma loaded their fifth wheel trailer and traveled all over the United States. In 2005, after 60 years in Dallas, they moved back to Arkansas to Fairfield Bay.  Our family is grateful to the nurses, CNA’s and staff at Indian Rock Village and Hospice for their loving care.   The love, Troy had for his family flowed strong and deep, leaving us memories to treasure and keep.   Memorial Service will be October 27th at 1:00 p.m.at the Fairfield Bay United Methodist Church in Fairfield Bay, Arkansas, with Rev. Kay Hord officiating.