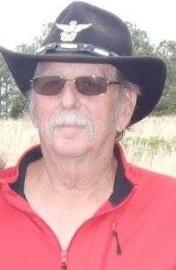 Griffin Otis Rivers, 64 of Shirley, passed away September 25, 2017. Born January 22, 1953, in Miami Flordia. Griffin attended Embry-Riddle Aeronautical University and graduated with a degree in Science in Professional Aeronautics. Griffin entered into the United States Army in 1974-1995. He retired from the Army serving 21 years. Griffin was a Chief Warrant Officer 3, and a Medi-Vac Instructor Pilot. Griffin was a member of the Lake Area Fun Flyers Squadron. He enjoyed building and flying his airplanes, fishing, hunting, and camping.
He is survived by his wife Diana Rivers, his children Chad Mason and wife Jaclyn of Paragould, AR, Scott Mason and wife Darla of Riverton, WY, Shawn Mason and wife Andrea of Bald Knob, AR, Stephen Mason and wife Stephanie of Sparks, NV, William Rivers and wife Claudia of Moon, PA, and Bobby Rivers of Enterprise, AL.
Left to cherish his memory are Grandchildren, Cooper and Harper Mason, Bryce Mason, Aubree and Parker Mason, Elizabeth, Stephen I, Collins and Keegan Mason, and Mila Rivers.
Griffin’s wishes were to be cremated but we will be having a service for him on Saturday October 21, 2017 at 2 p.m. at the LAFFS Flying Field on the New Road in Shirley, AR. If you wish attend and need directions please contact Chad Mason at (870) 284- 4707.