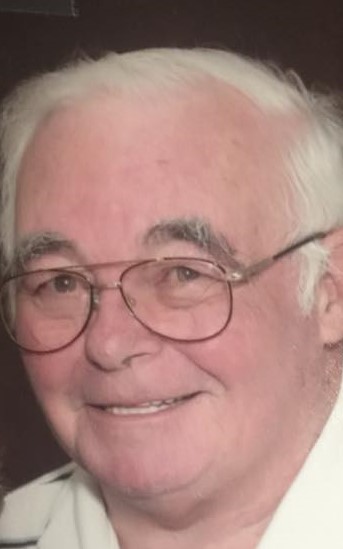 George William Macke passed away on July 29th, 2018. He was born on February 16th, 1932 to George Ossro Macke and Sarah M. Williams Macke in Belleville, Illinois. He grew up with his sister Marie May in Belleville, Il. George joined the US Army shortly after high school and served in the Korean War. When he returned home he met Bernice Kathryn Siebert at Belleville Club in Belleville, Illinois and they went bowling on their first date. They were married December 17, 1954. Together, they raised five children in Belleville, Il. George worked as a tool and die maker for most of his career and then later, after moving to Arkansas, opened his own business, B&G Bakery in Fairfield Bay, Arkansas. George and Bernice began spending winters in Weslaco in the late 90s and made it their permanent home in 2013. George had lots of hobbies. He was an avid fisherman and hunter. He and Bernice made lots of special memories taking the children camping. They were able to travel to many places, including most of the United States, Alaska, and Europe. After all of the years, he still loved to go bowling, take long walks, bike ride and just relax in the pool. George was a veteran of Army Infantry from Korean War, a 33rd Degree Mason, Shriner, and adult leader in Boy Scouts of America, including Order of the Arrow. George is preceded in death by his parents, George and Sarah Macke and brother in law, Ralph Siebert. He is survived by his loving wife of 63 years, Bernice Kathryn Macke, children, George A. Macke and his wife Ida Diamond from Friendswood, Texas, Gerald Macke and his wife Victoria Macke from Battle Ground, Washington, Debra Seidelmann and her husband Thomas Seidelmann from Saint Louis, Missouri Roger Macke and his wife Diana Macke from Como, North Carolina, Patricia Macke from Swansea, Illinois, sister, Marie Barber and her husband Raymond Barber from Wenatchee, Washington, sister in law, Betty Lehr of Swansea, Illinois, grandchildren, Kayla Macke from London, England, Eric Macke from Friendswood, Texas, Gregory Macke and his wife Michele Macke from Idaho Falls, Idaho, Angela Macke and her wife Jennifer Macke from Albuquerque, New Mexico and their children Bryce and Arianna, Laura Macke from Burlington, Vermont, Carmella Gaskill and her husband Timothy Gaskill from Keene, New Hampshire, Jason Brown and his wife Jackie Brown from Maplewood, Missouri and their children Caleb, Trevor, and Ella, Heather Buchheit and her husband Samuel Buchheit from Festus, Missouri and their children Isabella and Amelia. In lieu of flowers, the family would like contributions made to https://www.shrinershospitalsforchildren.org/shc/donate