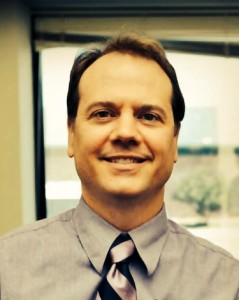 Jeff Hall, 45, announces his candidacy for Van Buren County Clerk. He is a 1987 graduate of Clinton High School, Governor’s Scholar and 1991 graduate of Ouachita Baptist University, 1995 graduate of the UA School of Law in Fayetteville and licensed to practice law in 1995.
Currently working full time for Van Buren County as Election Coordinator, he previously shared a general and private legal aid practice covering North Central Arkansas. Previously, while in Northwest Arkansas, he managed the corporate air pollution control program for Tyson Foods, Inc. Local work has included Thriftway, VBC Library, Belden Cord & Wire, and the US Corps of Engineers as a Park Ranger on Greers Ferry Lake.
Hall is one of the lay leaders at First Baptist Church Clinton. He volunteers on the Board of Directors of Ozark Health Foundation and has traveled with the Clinton High School Yellowjacket sports teams broadcasting play-by-play for local radio station KHPQ 92.1 FM.
Hall is a sixth-generation county native, the son of Mike and and the late Donna Hall. His grandparents include Dr. Harvey J. Hall, Harvey J. and Georgia Towery Hall, Jr., and Essie Brown Simpkins of Shirley. “Formed by my family and faith, all I have ever wanted to do is to make a difference in the lives of those around me.”