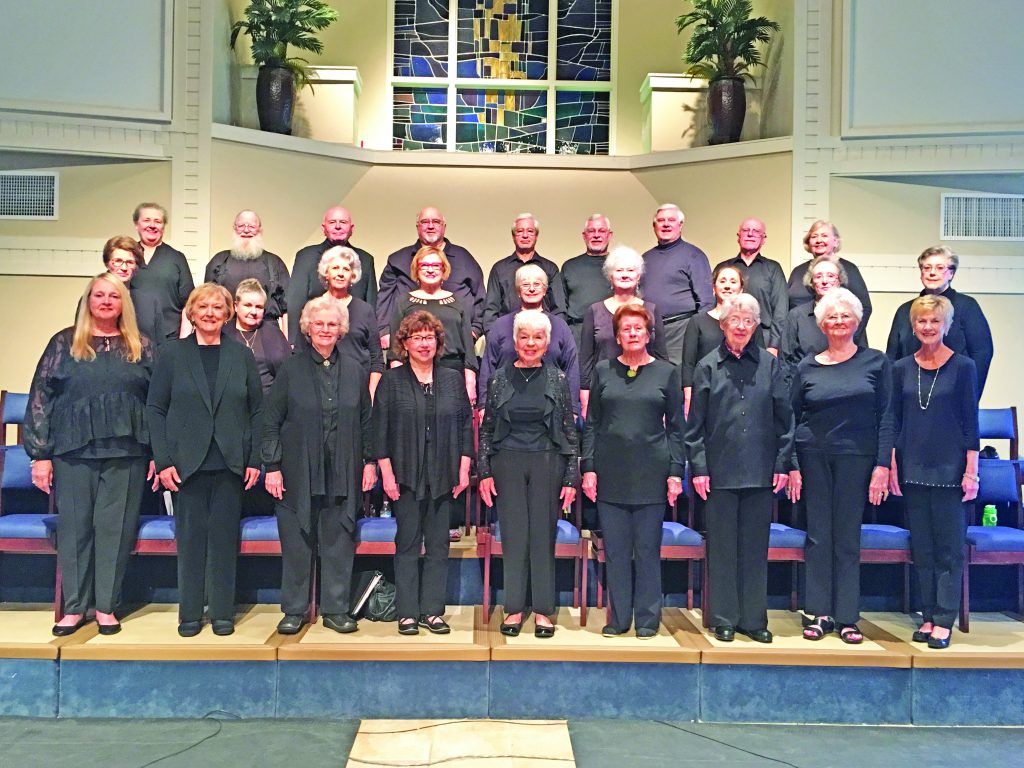 The EdenSong Regional Chorale will present its Spring Concert in Heber Springs on Sunday,
May 6, 2 pm at First Baptist Church (201 N 4th Street); in Edgemont at Peace Lutheran Church, (Highway 16 near Greers Ferry) on Friday, May 11 at 6 pm; and in Searcy at First United Methodist Church, (304 N. Main Street) on Saturday, on May 12, at 7 pm.

Under Director Analea Cook, the program will include two major segments. The first segment,
Praising, will open with a rousing chorus by J.S. Bach, urging that “All Breathing Life, Sing and
Praise Ye the Lord,” and continue with the eight-part double choir chorus, “Ye Shall Have a
Song,” by Randall Thompson. Also in that segment will be “Brother James’ Air,” Grace
(including Amazing Grace),” “Where You Are There is Life,” and “The Majesty and Glory of
Your Name.”

The second segment shifts to Romancing, with a medley from Rodgers and Hammerstein,
Johnny Mercer’s “Dream,” and “Climb Every Mountain” (from The Sound of Music). The men of the group will favor the audience with a crowd pleaser, “There Is Nothin’ Like a Dame.”
Percussionist Jack Pate will add bounce to this segment. In addition, Marcia Szabo, Soprano and Mike Szabo, Bass, who began singing together when they were in high school and have continued through the years, will sing an appropriately titled duet, “Wherever You Go.” Soprano Renee Henry will solo with “Till There Was You,” and Tenor Ryan Russell will also solo.

The last piece on the program, “The Awakening,” was commissioned by the Texas Choral Directors Association for their 40th Anniversary, and was incorporated into the 50th Anniversary of the Arkansas Choral Directors Association celebration held last year in Hot Springs. As a preliminary to the Chorale’s presentation, Jefferson Craddock will read the lyrics, which present the dramatic shift conveyed in the music from a world of silence where song has withered and died, to a world for which every choral singer yearns (“Let Music Never Die in Me”) not only for him or herself but for all those for whom the sound of music resonates. On this very dramatic and persuasive finale, the Spring Concert ends.

There is no admission fee at any of the Spring Concert sites but contributions to the EdenSong Music Fund are appreciated. The group meets weekly for two hour rehearsals in preparation for Christmas and Spring Concerts (first Sunday in December and first Sunday in May) and singers who might consider participating are welcomed. While the ability to read music is a plus, it is not necessarily required, and the music is always challenging and rewarding. Let Music Ring!
By Sally Sedelow
Co-Founder of EdenSong Chorale