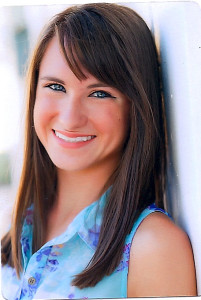 Nikki Owen, daughter of Rose and the late Steve Owen of Fairfield Bay has received a Distinguished Scholars award from Arkansas Tech University beginning with the fall 2014 semester. Nikki is the Valedictorian for the 2014 graduating class of Shirley High School with plans to enter the Pre-Pharmacy program at Arkansas Tech. She is the CBA student of the year, Chemistry student of the year, Digital Communications student of the year, Foreign Language Completer, Agriculture Completer, Digital Communications Completer and Upward Bound Math-Science Completer. Additional scholarships include the Fairfield Bay Rotary Scholarship, the Arkansas Challenge Scholarship and the Arkansas Governor’s Scholar Award. If you would like to congratulate Nikki in person, stop by the Fairfield Bay Senior Center on Saturday, May 10 from 1 – 4 p.m.