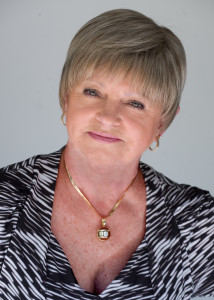 Arkansas’ President, Patricia Leitner of Fairfield Bay, a member of Fairfield Bay Ladies Auxiliary, #4513, led the state delegation of the Ladies Auxiliary to the Veterans of Foreign Wars (VFW) of the United States at the 101st National Convention held July 19-23 at the America’s Center Convention Complex in St. Louis, Missouri.
As leading representative of the state, she voiced the delegates’ votes during the election of National Officers at that day’s session and played a key role in deciding the direction of the national organization for 2014-2015.
A highlight of the convention was the announcement of the Outstanding Departments in the 11 Membership Groups at the National President’s Dinner on Monday. Many guests visited the delegation on Tuesday, and Resolutions to the Bylaws were reviewed and voted on.
Other highlights included the opportunity for members to view the eight winning Young American Creative Patriotic Art entries and the Buddy Poppy displays, in addition to attending several joint events with the VFW, such as the Joint Opening Session and the Patriotic Rally on Tuesday evening.
During the convention, National President Armithea “Sissy” Borel commended the 3,000 attendees for all their hard work in honoring veterans and supporting deployed military personnel and their families. Members have spent millions of dollars and volunteer hours helping the heroes of our country.
The National President also thanked members for volunteering nearly one million hours in the nation’s hospitals, raising $2.4 million for the organization’s Cancer Aid & Research Fund, and donating $300,000 to VFW National Military Services, which includes Operation UplinkTM to provide long-distance calling opportunities to deployed soldiers and hospitalized veterans.
President Borel has also given funds to three major cancer research centers, including MD Anderson Cancer Center, as well as to the Hospitalized Veterans Writing Project, the Travis Mills Project and many other worthy causes.
The election and installation of new, National President, Ann Panteleakos, a Life Member of Albert J. Breault Auxiliary #1523, in Putnam, Conn., and the other 2014-2015 National Officers on, Wednesday, July 23 concluded the convention and brought Borel’s term to an end.
Learn more at www.ladiesauxvfw.org
On Facebook: facebook.com/LadiesAuxiliaryVFW