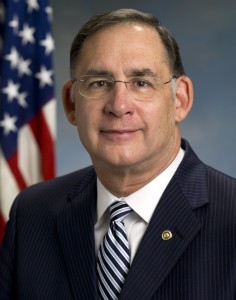 United States Senator John Boozman is visiting the Fairfield Bay Conference and Visitor Center on Friday, March 21, at 1 p.m. to see our finished product. As you are aware, we have received significant federal funding. Senator Boozman has been a key supporter of Fairfield Bay and as a United States Senator is among the most powerful and influential persons in the country. Senator Boozman was raised in Fort Smith and went on to the University of Arkansas where he played football for the Razorbacks. He went on to get a degree in optometry and was a successful businessman. He to served 5 terms as a U.S. Representative before becoming our U.S. Senator in 2011. After a short tour of the Conference Center, Senator Boozman will address the audience and field questions. As an optometrist, Senator Boozman has a keen interest in the Affordable Care Act and will discuss it, its impacts, and then will answer questions from the audience. This is a rare opportunity for Fairfield Bay to host a sitting United States Senator and a chance to show our appreciation for his support. Please plan to attend. We just have him from 1-2 p.m.