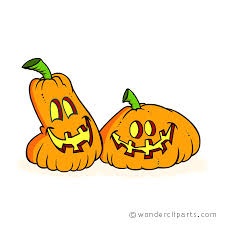 The Halloween of 1970 was a great scare fest. My wife and I set up a haunted walkway from the sidewalk to the front porch of our first home. We used a 100 amp stereo amplifier and a bank of switches from Radio Shack. Next we carved two pumpkins into Jack-O-Lanterns and put speakers inside each. By flipping one of the switches we could use the speakers as microphones as well as speakers. I will never forget the first little girl that came by. As she walked past the first Jack-O-Lantern, it said, “Hi, my name is Jack. What is your name?” She looked down at the pumpkin then up at her mom. “Shelly,” she responded. “If you go up to the front door and talk to my friend Jill, she will give you some candy,” Jack said. She hurried up to the door where the second Jack-O-Lantern said, “Hi Shelly. Would you like some candy?” At that, Shelly responded, “ Yes, please.” Jill said, “May I say you are a beautiful fairy princess?” The door opened and Doris handed her some candy. As she walked past the first pumpkin, she leaned down to get close to Jack and whispered, “Can I take you home with me?” Jack said, “If you come back after I’ve talked to all the other boys and girls, I will go home with you.”
The same scene repeated many times that night with different participants. As the night grew later, the older kids began to show up.
The walkway to the house was lined with bushes in which we hid two 10” speakers. Gayle and I had pre-recorded many unfortunate sounds such as burps, screams, tires screeching and many others. By adjusting the playback speed on the recorder, we could change the frequency of the sounds. Then we set up a refrigerator box with a strobe light and big rubber spiders and cobwebs inside. Just as the trick-or-treater would reach the front door, we had a witch behind a bush. We used one of Doris’s long black dresses draped over a couple of 2×4’s nailed together in the shape of a cross. The witch was mounted on a lever that allowed us to raise and lover it and make it appear as though she was jumping from behind the bush. For the head, we used a styrofoam head with with a witch’s mask pulled down over it and two green Christmas tree lights for eyes that would light up as the witch popped up.
One such group of kids didn’t even have costumes and I reasoned they deserved the full treatment. Jack said, “Hi kids.” Somewhat startled, one of the older boys, about 14, looked down at the Jack-O-Lantern and said, “How would you like a baseball bat in the head?” “Well, first of all, I don’t see a baseball bat and secondly, my buddy behind you would be kind of upset,” replied Jack. At that point, Gary flipped a switch and whispered through the 10” speakers, “Hey kid.” The would-be baseball player spun around, not knowing just what he would see. “Where you at?” he inquired. Gary flipped another switch and said, “Over here.” Gary flipped still another switch and said, “Actually, I’m really up here.” “O.K. I won’t hit you with a bat,” said the baseball player. Gary flipped all the switches on and said, “Just come up to the door and get your candy…..(long pause)…..if you dare.” Three of the five made their way through the refrigerator box and up to the front door. They stood there a minute and slowly reached out to knock on the door. I flipped a switch and a pneumatic cylinder thrust the witch up out of the bush and Doris screamed into the microphone and through the 14” woofer at the feet of the witch.
The knock at the door never came as the three would be trick-or-treaters joined the two already running down the street.