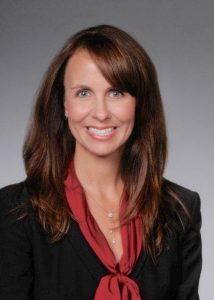 LITTLE ROCK – The Arkansas State Police is working on changes to concealed carry regulations to enforce the intent of Acts 562 and 859, which the legislature approved earlier this year.
Act 562 expands the number of locations where a permit holder can legally carry a concealed firearm, such as public facilities. In order to legally carry in those additional locations, the owner of the firearm must complete additional training to obtain an enhanced license.
Permit holders who maintain the traditional non-enhanced will continue to be prohibited from carrying a concealed firearm in public buildings, schools, colleges, universities, churches, bars and at parades that require a permit.
A person who obtains an enhanced permit can legally carry on public colleges and universities. However, even with an enhanced permit it will be prohibited to carry concealed firearms at collegiate sporting events such as football games. Also, it will be prohibited to carry at the State Hospital or the University of Arkansas for Medical Sciences. Also, a student with an enhanced concealed carry may not store a firearm in his or her dormitory room.
Several areas will remain prohibited, even for holders of enhanced carry permits. Those locations include prisons, courtrooms and public schools from kindergarten through grade 12. There are allowances for school security guards to carry firearms, and private schools can allow permit holders to carry on school grounds.
Churches and bars can allow or prohibit the carrying of firearms on their premises. They can post a written notice, or verbally notify the permit holder that firearms are not permitted.
At a public hearing conducted by the State Police there were questions from instructors, who train applicants in the use of firearms and teach them on the rules that specify where the carry of concealed firearms remains prohibited.
The State Police will accept written comments until 4 p.m. on November 10. The proposed regulations that will implement Acts 562 and 859 can be found on the State Police website at the address of its Administrative and Regulatory Division: http://asp.ark.org/publications/
The page has a list of bulleted items and the top item is: “Notice of Proposed Rules Changes – Arkansas Concealed Handgun Licensing.” If you click on it, it opens onto the proposed regulations.
After the State Police compiles the public comments and any changes in the new rules, it will submit them to the legislature’s Administrative Rules and Regulations Subcommittee for consideration at its December meeting.
About 225,000 people in Arkansas have a concealed carry permit and there are about 1,000 instructors.

Educational Adequacy
The Senate Education Committee voted to make two revisions to the adequacy report that lawmakers will use in the 2018 fiscal session as the basis for deciding how much state aid to distribute to public schools. They are to add about $2 million for special education catastrophic funding and $3 million for transportation funding.
The adequacy recommendation for Fiscal Year 2019 is to increase the per pupil foundation rate to $6,781, making the total of state aid to schools more than $3 billion.
Under the state Constitution, the state has the duty to provide an adequate education to all children in the state, regardless of the relative prosperity of the district in which they live.