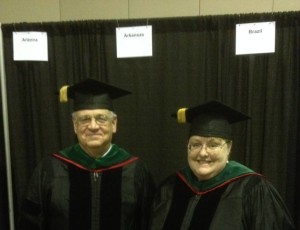 Stacy C. Zimmerman MD, FACP, FAAP, an internist and pediatrician practicing in Clinton, was recognized as a newly elected Fellow of the American College of Physicians (ACP) in an awards ceremony during Internal Medicine 2014, ACP’s annual scientific meeting, held April 10-12, 2014 in Orlando, Florida.
Dr. Zimmerman was recently elected a Fellow of ACP for achievements in Internal Medicine, the specialty of adult medical care. During this year’s ceremony, she and other internists took a pledge reaffirming their dedication to internal medicine. Dr. Zimmerman also attended the annual scientific meeting to stay current with medical advances.
Dr. Zimmerman is certified in internal medicine and pediatrics by the American Board of Internal Medicine and the American Board of Pediatrics. She is also a Fellow of the American Academy of Pediatrics (AAP).
The American College of Physicians is the second-largest physician group in the United States. Membership includes more than 137,000 internists, related subspecialists, and medical students. Internists are specialists in the prevention, detection, and treatment of illnesses in adults.
Fellows are elected upon the recommendation of their peers and the review of ACP’s Credentials Subcommittee. They often use “FACP” – Fellow of the American College of Physicians – after their names in recognition of this honor.