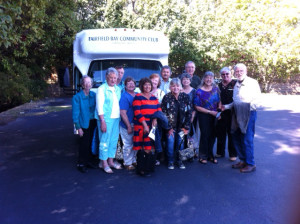 Beta Sigma Phi XI Gamma Kappa Chapter met at Ethel Heimann’s home on Wednesday, October 2, 2013. Co-Hostess was Bonnie Raymond and the guest speaker was Alice Chambers from the Fairfield Bay Library. Our social for the month was a trip to Murray’s Dinner Theater to see “Dial M for Murder.” “Dial M For Murder” opened on broadway in 1952. In 1954, it was made into a film starring Grace Kelly and became one of director, Alfred Hitchcock’s, most popular film to date. The cast did a great job and the play was enjoyed by all.