Call to Order
Mayor Lisa Hackett called the meeting to order at 7 p.m. A quorum was present.
I. Approval of Minutes 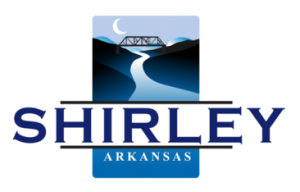 The first item on the agenda was the minutes of the September 11, 2017 city council meeting.
David made a motion to wave the reading of the September 11, 2017 city council meeting minutes. Ginny seconded the motion. All Councilmen in attendance voted in favor. Motion passed.
David made a motion to approve the minutes of the September 11, 2017 city council meeting as mailed. Margaret seconded the motion. All Councilmen in attendance voted in favor. Motion passed.
II. Unfinished Business
The first item of unfinished business was concerning the City’s water department. A representative from Community Water System as well as Johnson Waterworks were present. Mayor Hackett explained that longtime superintendent Larry Dollar was ready to retire and the decision needed to be made regarding the City keeping and maintaining control of its water department or to allow Community Water Sys; them to assume the system in its current condition and make it a part of CWS retail distribution system. CWS representative Steve Shaw passed out copies of their proposal outlining the possibility of them taking control of the department. The proposal outlined CWS purchasing Shirley Waterworks inventory; its plans to update the system by upgrading lines, switching out and updating residential and business meters; their rate structure and the plan to replace the pipe that runs as an attachment along the Middle Fork bridge coming into town that provides water to the North and South sides of the city. Mr. Shaw explained that after reviewing Shirley’s system it was found that 33% of Shirley’s water meters do not read correctly resulting in a loss of 50 to 53% in billable water usage, as well as the detection of several water leaks throughout the city. Councilmembers voiced their concerns and questions to CWS representatives.
The floor was then turned over to Robert Johnson w/ Johnson Waterworks for question concerning his company taking on management of the system with the City maintaining ownership. Mr. Johnson explained that his contract provides for emergency (or “on call”) service 24 hours a day; all required monitoring, sampling collections required; labor, insurance taxes and service vehicles; a total of 50 hours per year of labor (anything above 50 hours billed at $35 per hour) as well as access to materials and supplies either directly or from Johnson Waterworks stock at cost + 10%. Service outlined is provided at a cost per water meter ranging from $9.25 to $9.75 per meter including meter reading, billing & collection services. Mayor Hackett stated that with JWW service the city would still need to apply for a grant or take out a loan for the replacement of the pipe running along the bridge.
David pointed out that the city really needed to develop an infrastructure plan.
Mayor Hackett stated that she will contact the AR Municipal League concerning the procedures and laws regarding the control of a city owned water system. She reminded councilmember that a decision regarding the water department needed to be made asap as the end of the year is coming up and the 2018 Budget needs to be prepared and passed.
III. Mayor Updates
Mayor Hackett reported that Eric’s Lawncare was going to get the trees growing out in the ditches along Mtn. Meadows Rd.
Mayor Hackett explained that she has not ordered the mulch for the city playground yet. She reported that the FUN Park grant required the mulch to be wood fiber fall material and according to the measurements 75 to 80 yards of material would be needed and the price is $3,500. She told the council that although the council had approved the purchase of the mulch, she wanted to let them know the price. David asked if, with winter coming, would replacing the material now would it breakdown and need to be replaced again in the spring? The Mayor suggested having Larry Moody bring a load of river dirt to build up the surface underneath and place a smaller load of fall material on top. She stated that Mr. Moody collects dirt from her property from the river and she would donate the dirt to save the city money. David made a motion to have a load of river dirt put in the playground and order ½ of the fall material quoted on top. Margaret seconded the motion. All councilmembers in attendance voted in favor. Motion passed. Mayor Hackett will have John distribute out the dirt and then the fall material throughout the playground.
IV. New Business.
Melissa distributed the 2018 Budget projections to the council. Councilmembers were asked to look over the information and have any changes or additions to be discussed at November’s meeting. The city’s budget must be passed before the February 2018 meeting.
IV Adjournment
With no other items on the agenda, Margaret made a motion to adjourn. Ginny seconded the motion. All councilmembers voted in favor. Motion passed. The meeting adjourned at 9:35 pm.