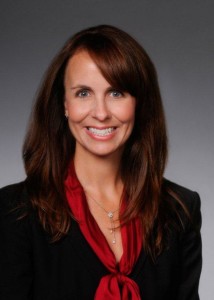 Senator Missy Thomas Irvin will be seeking re-election to the Arkansas State Senate for
District 18, which is comprised of Cleburne, Searcy and Stone counties and portions of Baxter, Faulkner, Fulton, Marion, Van Buren and White counties.
“Serving the people of Arkansas and my district, has been one of the greatest honors and joys of my life. I have truly been blessed by the opportunity the voters have given me. I hope to continue this journey with the people of District 18 and ask for their support in the Republican Primary May 20.”
Senator Missy Thomas Irvin is serving her second term in the Arkansas Senate representing Senate District 18. She is chairman of Senate City, County & Local Affairs and vice chairman of Joint Energy for the 89th General Assembly. Her other committee memberships include Senate Public Health, Welfare and Labor Committee; Senate Efficiency; Arkansas Legislative Council; Joint Budget Committee (JBC); the Task Force on Substance Abuse Treatment Services; JBC – Peer Review; and is Chair of the Task Force on Substance Abuse Prevention. She also serves as Assistant Pro Tempore.
During the 88th General Assembly, she was the chairman of the Senate Interim Committee on Children and Youth and served on Senate Public Health, Welfare and Labor; Senate Transportation, Technology and Legislative Affairs; and Senate Rules, Resolutions and Memorials. She was first alternate for Arkansas Legislative Council and
Legislative Joint Auditing.
Senator Irvin was a recipient of the 2011 and 2014 Arkansas Prosecuting Attorneys
Association Advocate of Justice Award. She has received the Legislator of the Year
Award from the Arkansas Municipal League, the Star Award from Arkansas Advocatesfor Children and Families, and an award from the Arkansas Medical Society for her extensive work on behalf of patients and their doctors.
Senator Irvin led the way in sponsoring and passing comprehensive reform of the Arkansas laws dealing with Human Trafficking that are now the model for states nationwide. Her extensive work in the areas of unemployment insurance reform, tax reform and protection of property rights, have been extremely beneficial for small businesses and job growth.
Senator Irvin lives in Mountain View and is married to John Dawson Irvin, MD. Together, they have four children, Allyn, Hennelly, Josie and Ike and attend First United Methodist Church.