Held more than 230 roundtables with 2,200 participants 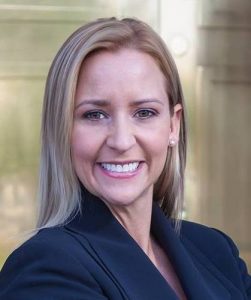 CONWAY – Arkansas Attorney General Leslie Rutledge has hosted roundtables in all of Arkansas’s 75 counties for three consecutive years. Yesterday she met with civil, education and faith-based leaders in Faulkner County to discuss local issues, as well as how to bolster the State’s economy, address the growing prescription drug epidemic, domestic violence, cyber crimes against children, internet safety and much more.
“Little Rock does not have all the answers,” said Attorney General Rutledge. “Arkansans want to know that those who represent them in the capital city are listening. Meeting with Arkansans from all over the state who have different specialties and experiences has given me great insight into the issues our communities are facing and how we work together to solve them. It is going to take all of us working together to keep growing our economy, educating consumers and saving lives from the prescription drug epidemic.”
Rutledge has hosted 232 roundtables with more than 2,200 participants since taking office in 2015. In her first year, Rutledge met with business and government leaders to discuss their needs and the services of the Attorney General’s office. Last year, Rutledge visited with local business owners and farmers who represented the largest economic driver in that particular county to learn about the regulations that were most burdensome to their ability to grow jobs.
In 2016, Senator John Boozman joined her for a Rutledge Roundtable in her hometown of Batesville, and this year she was joined in Independence County by Gov. Asa Hutchinson.
Rutledge credits launching Roundtables based on a lesson she learned during college when she spent her summers in Independence County flagging traffic for the State highway department. Rutledge says, “I noticed there was sometimes a disconnect between people who worked in the office and those on the road. As Attorney General, I do not want there to be that same disconnect between those who work in the capital city and Arkansans who live in communities around our state.”