Just Do The Right Thing! 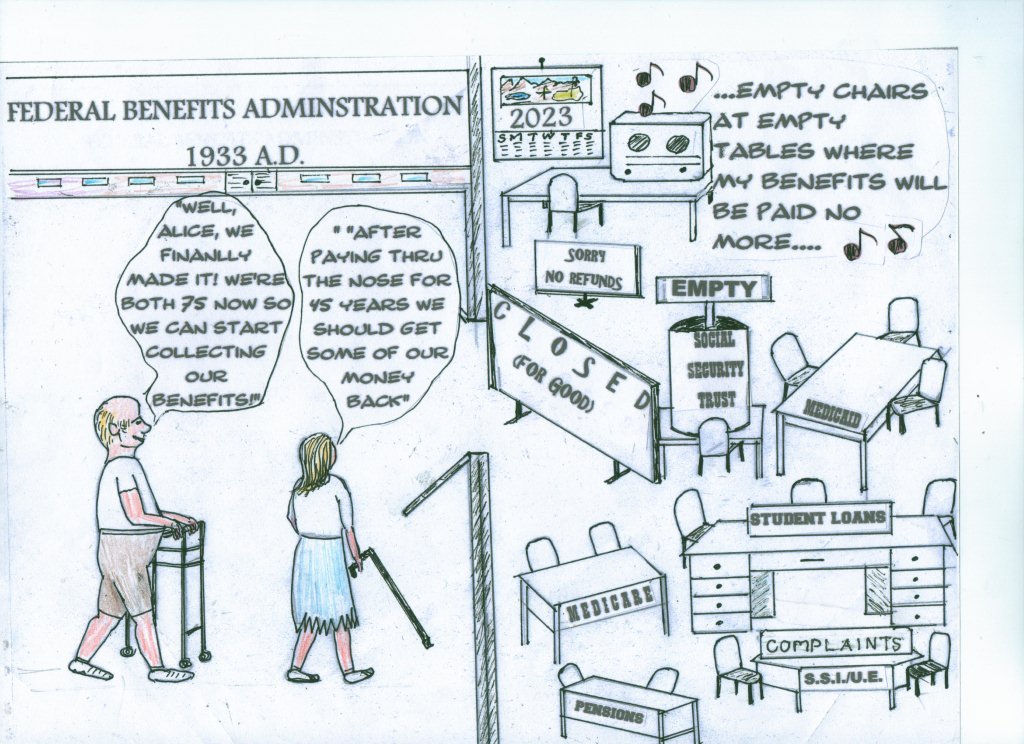 A picture often tells the story better than a thousand words. This apocalyptical cartoon speaks to several of the many issues our nation is currently wrestling with: debt and deficits; spending and revenue; easy money and inflation “rich” and middle class; liberalism and conservatism; abortion and right to life; border safety and immigration; “nanny state” and individual responsibility. And there are many other challenges facing our nation. How do we decide on what road to take as we move thru this world? What is the better path?

My study of human history leads me to conclude that it is not a sure thing that the right choices will be made. The record is very mixed. For example, where was the world when Hitler began his systematic annihilation of the Jews? Why did it take the Japanese attack on Pearl Harbor for the U.S. to come along side Great Britain in opposing Germany? What the heck were we doing sending our young men into SE Asia in the 60’s based on some bogus threat? How in the world did we allow people to buy houses at sky high prices with no money down and no earnings? Good decisions seem to be almost an arbitrary event as our built-in nature of selfishness too often prevails.

Rather than beat you over the head and your conscience with my questionable wisdom, I offer the following quotations as promising guidelines to help you in making the “right” decisions:

“Without God, democracy will not and cannot long endure.” Ronald Reagan.

“The democracy will cease to exist when you take away from those who are willing to work and give it those who would not.” Thomas Jefferson.

“Hell isn’t merely paved with good intentions, it is walled and roofed with them.” Aldous Huxley.

“Never spend your money before you have earned it.” Thomas Jefferson. “One of the laws of the universe is unintended consequences.” John Moore

I end with this: “Congress had a lot to do with it, but it also was because of a whole bunch of rules and policies and regulations that had unintended consequences that kept going and kept going, until there was nothing left of the (fill in the blank) industry.” Don Frost.