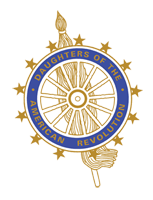 The Little Red River Chapter of the Daughters of the American Revolution is one of 43 chapters serving the state of Arkansas. This chapter has been serving Heber Springs, Fairfield Bay, Pangburn, Rose Bud, Quitman, and the surrounding area for over 40 years. It meets the second Saturday of each month, September-May, at the First Electric Cooperative in Heber Springs. Any woman 18 years or older-regardless of race, religion, or ethnic background who can prove lineal descent from a patriot of the American Revolution, is eligible for membership.
The Chapter serves veterans in the area and has participated in veterans day programs and memorial day programs in Heber Springs, Fairfield Bay, Beebe, and at the veterans home in Quitman. The chapter also mails “care packages” to soldiers serving here and abroad through national DAR’s Project Patriot.
The Little Red River chapter also awards a Good Citizen scholarship each year to a high school senior from one of seven area schools that the chapter serves.
The Daughters of the American Revolution (DAR), founded in 1890 and headquartered in Washington, D.C., is a non-profit, non-political volunteer women’s service organization dedicated to promoting patriotism, preserving American history, and securing America’s future through better education for children.
DAR members volunteer millions of service hours annually in their local communities including supporting active duty military personnel and assisting veteran patients, awarding thousands of dollars in scholarships and financial aid each year to students, and supporting schools for underserved children with annual donations exceeding one million dollars.
As one of the most inclusive genealogical societies in the country, DAR boasts 185,000 members in 3,000 chapters across the United States and internationally.

DAR national headquarters encompasses an entire downtown city block in Washington, D.C. It houses one of the nation’s premier genealogical libraries, one of the formost collections of pre-industrial American decorative arts, Washington’s largest concert hall, and an exensive collection of early American manuscripts and imprints. The National Society of the DAR is exempt from Federal income taxes under the provisions of Section 501(c)(3) of the Internal Revenue Code and receives no government funding.