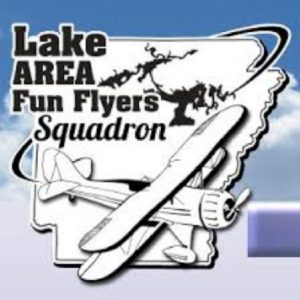 Four men who had retired to Fairfield Bay in the early 1980’s formed the Lake Area Fun Flyers Squadron club. All four of them had previously flown radio-controlled airplanes prior to retiring and wanted to start a club in Fairfield Bay.

After months of looking for a good site to build the landing strip, they approached the Community Club about using an area adjacent to the sludge field on The New Road at Orchard Road. A usage agreement was drawn up in late 1984 and the construction of the 40 x 700 foot grass runway began, taking almost a year to complete. By the time the site was ready for use, four more men had joined the new club, bringing the membership to eight. Within a two-year period after chartering the flying club, the membership had grown to seventeen including two female pilots. The current membership is 31, but has been as high as 48 and the club plans to grow even more in the next couple of years due to a renewed awareness and interest in model aircraft and drones.

Members maintain the property and considerable time and money is spent annually to keep the landing strip and adjoining area in top-notch condition. It is felt that the flying field and club are a great asset to Fairfield Bay due partially to the large number of visitors that attend the annual “Fly In” that is held each September. (It will be the 22nd & 23rd this year.) LAFFS is proud to be a part of the Fairfield Bay community and invites anyone that would be interested in more information to visit the website LAFFSRC.COM. or attend one of our meetings at the Fairfield Bay Senior Center the last Saturday of every month.