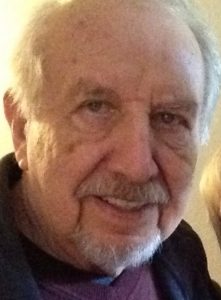 Leslie John Frith (Les) 82, born April 20, 1936 in Watseka, Illinois, grew up in Dwight, Illinois. Les, a talented multi-sport athlete, known to his teammates as “Butch”, went on to play football at Bradley University and then the University of Colorado. He honorably served 4 years in the Navy spending time in Europe and Africa. A friend and fellow serviceman introduced him to Catholicism. He converted and the result of that chance meeting remained a strong force throughout the rest of his life. Returning to Illinois after the Navy, Les met and married his wife Marianne. He became a salesman and excelled at that profession, working in many different industries throughout his career. Les and Marianne moved their family to Fairfield Bay / Shirley, Arkansas, then Myrtle Beach, South Carolina, West Seattle, Washington, back to Arkansas, and most recently Port Orchard, Washington. In each location Les became a strong part of the community and leaves behind a long list of friends and acquaintances. He often spoke of being thankful for all of them and what they brought to his life.
Survived by:
Wife: Marianne Frith
Children: Susan Stone (David), Dr. Ken Sowers (Sherrie), Judi McKay (Bob), Eric Frith (Holly Taylor), Kevin Frith-Davies
13 Grandchildren
15 Great Grandchildren
numerous Nieces and Nephews
and Obadiah (Obi)
Preceded in death by:
Father-John F. Frith, Mother-Lota L. Meier (stepfather Don Meier) and 1 sister- Kay E. Brown.
Les was a loving husband, father and grandfather, a member of Knights of Columbus at St. Gabriel’s Church in Port Orchard, WA and traveled to Africa for Mission work with Holy Rosary Church in West Seattle, WA. He enjoyed being outdoors, walking the hills of Arkansas, the beaches of South Carolina and the mountains and trails of Washington. He loved family, friends, music, friendly competition and a good laugh. In the last 10 years he became a talented artist and teacher.
He was a humble mentor to many throughout his life. As a family member recently put it, “he made me laugh, think and become a better person.”
Les will be deeply missed