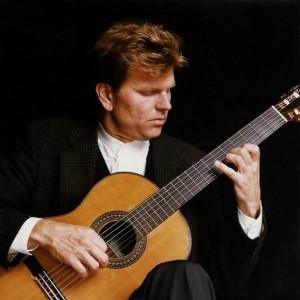 NCAFA&E is proud to present an afternoon with William Feasley, a Classical Guitarist.
The concert will take place at the Fairfield Bay Conference and Visotrs Center on Sunday, March 9 at 2 p.m. This is a free concert but donations will be accepted.
Classical guitarist William Feasley was the first guitarist to be awarded the Peabody Conservatory’s coveted Artist Diploma.
He has since been the recipient of numerous prizes and awards: a gold medal in the PanHellenic Guitar Competition in Athens, the Baltimore Chamber Music Awards and a Governor’s Citation for Outstanding Achievements in the Arts in Maryland. Feasley was selected to play for Andrés Segovia at the master’s historic last class at the University of Southern California was later featured on the CBS special Eulogy of Segovia.
He has appeared in the Ohrid Spoleto Festival in Macedonia and venues such as St. Martin in the Fields in London, the National Gallery of Art, the Phillips Collection, the Washington National Cathedral and the Yale University Centre for British Art. He has toured with the Russian Chamber Orchestra, Music Viva , in the former Yugoslavia, with the Moyzes String Quartet in Slovakia, performed live on ABC International Radio in Australia, with New York’s Bacchanalia Ensemble under the direction of Nina Beilina and Washington’s 20th Century Consort.
“He is gifted with a dominating technique and a sharp intellect.”
–Guitar Review Magazine