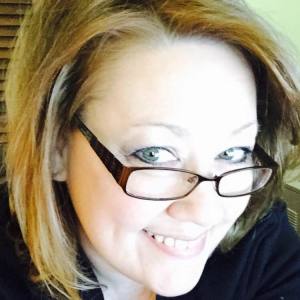 Last Monday, I stood behind a glass wall with a microphone shoved in front of my face. Standing there with a prewritten script, I recorded radio and television voice overs for Greers Ferry and Fairfield Bay. It saddens me to say this now, but at that moment, I was trying to make listeners want to visit Fairfield Bay without having ever been there myself. So, two days later, Fairfield Bay Mayor, Paul Wellenberger, took me on a tour of the city and the surrounding attractions. After spending the day visiting, I left with an overwhelming desire to just pack up and move there. When I told my friend E.J. about my day, the excitement in my voice was so strong that it made him want to go there, too. So Saturday morning, we packed up and went. He suggested that we hike Sugarloaf Mountain. I was a bit hesitant at first, because I heard it was a pretty tough hike, but I bit the bullet and followed his lead. Sugarloaf is Arkansas’ only mountain island trail, and it sits in the middle of Greers Ferry Lake. Built by the U.S. Army Corps of Engineers, the one-mile trail to the top is well worth it for the spectacular views. At Fairfield Bay Marina, we boarded a shuttle boat to take us to what is the first designated National Scenic Trail in Arkansas. Once there, the upward hike began. There were a few times I really thought about wimping out and just staying perched on a rock with my bottle of water, but E.J. kept telling me that “it gets better” and “it’ll be worth it.” I do believe I may have blacked out a couple of times along the way. But the closer to the top we got and the views became clear, the more energy I had to keep climbing. Once there, 540 feet above the lake, I realized the trek up there wasn’t actually as bad as it seemed at the time. After enjoying the views and snapping some photos, we began our one-mile decent, which seemed like an absolute breeze. Sitting on the shuttle boat back to the marina, we discussed other places to go during our visit to Fairfield Bay: A stroll through Ed Leamon Park to see the fairy gardens, a hike to Indian Rock Cave to see the petroglyphs, then ending with a fabulous dinner at the Little Red Restaurant. If you’re looking for a great way to spend a Saturday, in May, I highly recommend Fairfield Bay’s Bloomin’ in the Bay next year. This celebration of spring features the Van Buren County Master Gardeners plant sale, music, art, kids’ events and great food. Now, when you hear my voice on your radio, you’ll know what I mean when I say, “Live the good life.” To see all Fairfield Bay has to offer, download the app at Fairfieldbayapp.com. Jeanni Brosius is an Arkansas-based journalist and voice talent who regularly contributs to Talk Business & Politics magazine. She may be reached at [email protected]