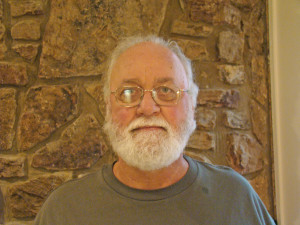 James Kirkendoll announced that he will seek another term for the Republican nomination as Justice of the Peace of the Third District of Van Buren County, which includes parts of Fairfield Bay.
James is a graduate of Shirley High School and holds a Master’s in Secondary School Leadership from the University of Central Arkansas. He was a school teacher at Shirley Public Schools for seventeen years and one year as Principal at Scotland. He retired as Commander, U.S. Navy after 21 years of service. He is presently employed with the North Central Career Center as an Adult Eduction instructor in Clinton.
James lives on Banner Mountain Road in Shirley with his wife Gail, secretary at the Fairfield Bay United Methodist Church. They have three daughters, Michelle Burgess, Misty Buchanan and Sheila Gardner.
He serves his community as the Chairman of the Board with the Shirley Fire Department. He is a member of the Fairfield Bay VFW and the American Legion, a member of the Arkansas Education Association and serves on the County’s Budget and Road Committees.
Kirkendoll states, “I am grateful for the opportunity to have faithfully served my district in the past, and respectfully request continued support.”