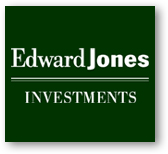 Columbus Day is observed on October 9. And while it may be true that Leif Erikson and the Vikings beat Columbus to the New World, Columbus Day nonetheless remains important in the public eye, signifying themes such as exploration and discovery. As an investor, you don’t have to “cross the ocean blue,” as Columbus did, to find opportunities – but it may be a good idea to put some of your money to work outside the United States.

So, why should you consider investing internationally? The chief reason is diversification. If you only invest in U.S. companies, you might do well when the U.S. markets are soaring, as has happened in recent years. But when the inevitable downturn happens, and you’re totally concentrated in U.S. stocks, your portfolio will probably take a hit. At the same time, however, other regions of the world might be doing considerably better than the U.S. markets – and if you had put some of your investment holdings in these regions, you might at least blunt some of the effects of the down market here.

Of course, it’s also a good idea to diversify among different asset classes, so, in addition to investing in U.S. and international stocks, you’ll want to own bonds, government securities and other investment vehicles. (Keep in mind, though, that while diversification can help reduce the effects of volatility, it can’t guarantee a profit or protect against loss.)

International investments, like all investments, will fluctuate in value. But they also have other characteristics and risks to consider, such as these:

Currency fluctuations – The U.S. dollar rises and falls in relation to the currencies of other countries. Sometimes, these movements can work in your favor, but sometimes not. A strengthening dollar typically lowers returns from international investments because companies based overseas do business in a foreign currency, and the higher value of the U.S. dollar reduces the prices, measured in dollars, of individual shares of these companies’ stocks. The opposite has happened in 2017, when the weaker dollar has helped increase returns from international investments.

Political risks – When you invest internationally, you’re not just investing in foreign companies – you’re also essentially investing in the legal and economic systems of countries in which those companies do business. Political instability or changes in laws and regulations can create additional risks – but may also provide potentially positive returns for investors.

Social and economic risks – It is not always easy for investors to understand all the economic and social factors that influence markets in the U.S. – and it’s even more challenging with foreign markets.
U.S. markets are now worth less than half of the total world markets, and growth in the rest of the world is likely to keep expanding the number of global opportunities. You can take advantage of that global growth by putting part of your portfolio into international investments, including developed and emerging markets.

In any case, given the more complex nature of international investing, you’ll want to consult with a financial professional before taking action. If it turns out that international investments are appropriate for your needs, you should certainly consider going global.