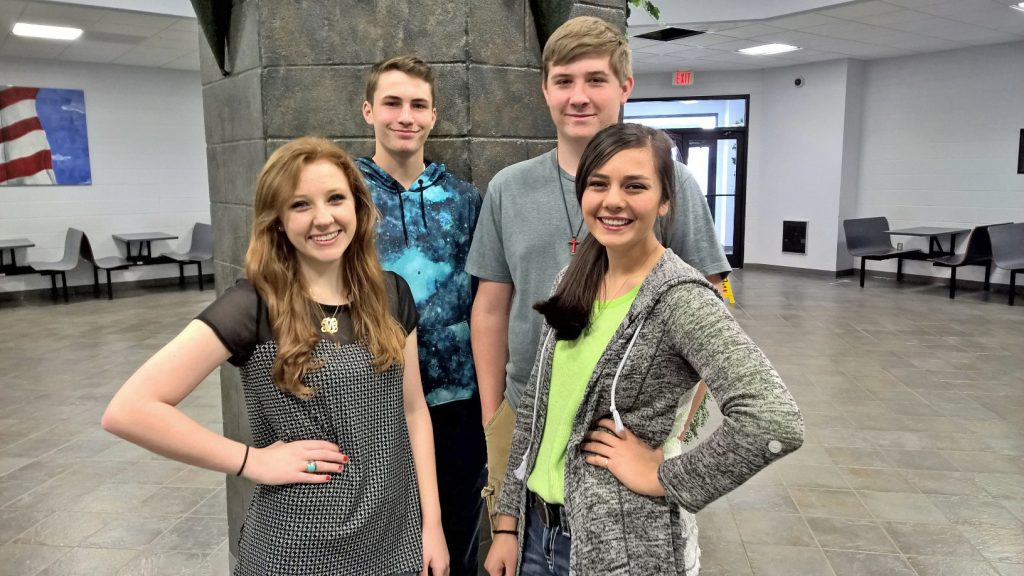 These four Shirley High School Juniors will represent the Shirley/Fairfield Bay area this summer at American Legion Boys State and Girls State. Post 333 of the Fairfield Bay American Legion and the American Legion Auxiliary sponsor the students for the week long seminars intended to increase the students’ understanding of how democracy works in state and local government. Benton Berry and Joe Owen will be delegates to UCA in Conway May 29 thru June 3 while Mariana Larson and Makala Strang will attend sessions at Harding University at Searcy during that time. Students were chosen on the basis of academic achievement as well as leadership potential and community/school involvement. Benton is the son of Sandra and Brian Berry, Joe is the son of Rosie Owen, Makala’s parents are Alisa and Paul Strang, and Mariana is the daughter of Ricio and Jeffery Larson.
Arkansas Girls and Boys State is an immersive program in civics education designed for high school juniors. For over 75 years the week-long camp has shaped the lives of notable leaders such as Apollo 11 Astronaut Neil Armstrong, President Bill Clinton, Basketball Super Star Michael Jordan, former Arkansas Governor Mike Huckabee, News Anchor Tom Brokaw and many more. Arkansas Boys State 2016 will be held on the campus of UCA in Conway from May 29 to June 3. More information can be obtained at www.arkansasboysstate.com.