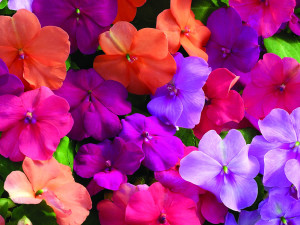 The Fairfield Bay Garden Club held their regularly scheduled program on August 20, 2013 at 11:30 a.m. with a dutch luncheon in the Fireside Room at the Indian Hills Country Club. Serving as co-hostesses were Vicki Allen and Joan McCourt. Eight members and four guests enjoyed a program on “Pressed Flowers”, which was presented by member Vicki Allen who was assisted by her daughter-in-law Tricia Allen from Marshall, Arkansas. It was well received and appreciated as many interesting examples of Vicki’s hobby of 30 plus years were shown along with several informative books for all to share. A table of several hand decorated flower presses were arranged for members to see with one given as a door prize to guest Marie Peet. These flower presses were brought by Tricia Allen and were available for sale with proceeds going to the Garden Club. Jackie Hale was also welcomed as a guest and two new members, Lillian Pitt and Marie Peet were received. The next scheduled meeting is September 17 with a trip to Winrock Farms at Petit Jean Mountain. The Garden Club welcomes new members and guests who may be interested in participating. Please contact Barb Foster, coordinator at 884-3802 for further information.