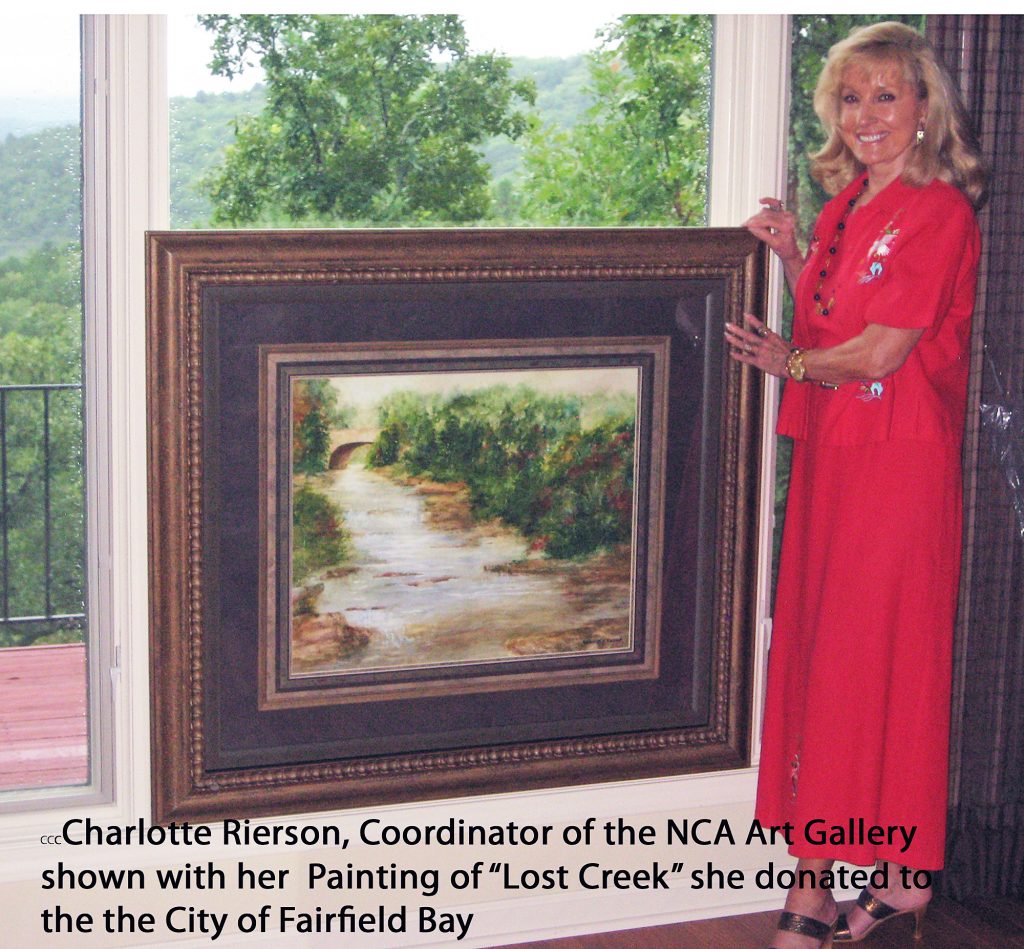 Charlotte says, “I have a deep sense of caring and wanting to reach out to others through the Arts. The North Central Arkansas Art Gallery sponsored by the City of Fairfield Bay and the NCAFAE is a way of channeling groups and individuals into a greater awareness and participation in the cultural arts.” Charlotte’s art continues to evolve as she reaches greater heights with each new painting, exemplified by the many award-winning works Charlotte says she does not know where her “Art-Spirit Journey” will take her, but will remember her family, friends, teachers, and supportive husband that have helped her along the way. Her artwork may be viewed at the NCA Art Gallery and the following websites:
http://.artspiritunlimited.com http://www.fineartamerica.com/profiles/charlotte-bailey-rierson.
http://www.arkansasarts.org/artist-registry/charlotte-bailey-rierson