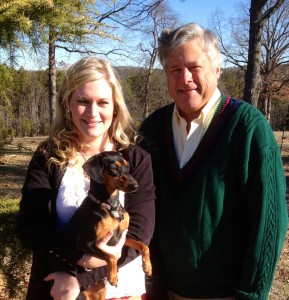 Love of art and worldwide adventure has led Dr. Mark Davis and his daughter Erin to team up in presenting their first art exhibit together. The duo will have their art on display at the Fairfield Bay Library, 369 Dave Creek Parkway, Fairfield Bay Arkansas from February 28 through May, 2013. They have included the oil “Mom’s Onions “ by Gena Davis (mother to Mark , grandmother to Erin) offering 3 generations of talent in the art world.

Mark and wife Laura moved to Central Arkansas after he completed dental school in 1981 at Baylor University. Their daughter, Erin was born and raised in Fairfield Bay, attending Shirley schools and graduating with a graphic design degree from Harding University in Searcy, Arkansas.

North Central Arkansas Art League brought renowned artist, Bill Garrison and his wife, Gloria to the Bay for a painting workshop and inspired Mark to once again pick up his brushes. The couple has become his mentors and they remain close friends today. “Art has always been a part of my life,” claims Mark. He likes to use oil as a medium with subject matter ranging from landscapes to wildlife. “I haven’t yet found my favorite subject says Mark, but I look forward to the time when I can devote longer hours to the canvas and paint.”

Erin’s inspiration comes not only from her grandmother and father, but daily her mother encouraged her creativity by taking nature walks and doing crafts. Since she was able to travel the world with her parents, she viewed many of the great art master pieces.

Initially, she expected to major in physiology in college, but noticed that her electives were comprised of art classes, which she enjoyed more than her major. So in her second year, she switched to graphic design. Upon graduation in 2011, the Three Rivers Edition of the Arkansas Democrat Gazette hired Erin to work in their advertising department. She now resides in Searcy with her “dog-child” Juney, but continues to journey home often to see parents and pets and paint with her dad.