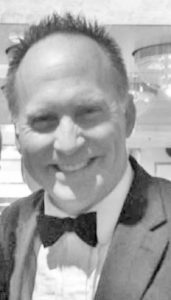 Ever since performing his first vocal impressions during the morning announcements at his high school in Memphis, Michael knew he had a love for imitating singers, actors and politicians. During his college days, he spent his summers performing at various theme parks as a singer. After graduating from Belmont University, Michael traveled the world entertaining American troops with the USO’s Department of Defense. He continued using his unique vocal impersonation talents while working with Princess Cruises.
In the fall of 2005, Michael’s wife joined a team of men and women who had a vision of starting a pregnancy center in their community. She asked Michael for a fundraising idea and that is when Michael created the show, “Voices that Change.” He took the secular songs that he performed on the cruise ships and changed the lyrics to give it a Christian message. The fundraiser was a great success and the ministry took off and became a full-time career for Michael. Michael still performs his act on cruise ships today as well.
Tuesday, October 24 will be Michael’s final appearance at Fairfield Bay Conference Center. He is a great entertainer and has such a high energy, very entertaining show! You don’t want to miss it.
Tickets are $15 for Adults, $10 Children 6-12, and Free for Children under 6. For more information call 884.4202.