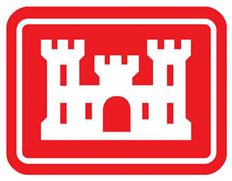 HEBER SPRINGS, Ark. – The Corps of Engineers, Little Rock District may begin a spillway release from Greers Ferry Dam next week.
Since water levels downstream of the lake are receding, the increasing channel capacity will allow for five gates to be opened one foot and one gate opened one-half foot as soon as Monday, March 12 releasing about 4,500 cubic feet per second. Combined with the 24 hour hydropower release, the total release will be about 10,500 c.f.s. This release is slightly larger than a normal release from the two hydropower turbines at the current lake level.
For more information call the Greers Ferry Project office at 501-362-2416, or stop by the office near the dam on Highway 25, three miles north of Heber Springs.
Daily lake information can be obtained at www.swl-wc.usace.army.mil or the Corps’ mobile App which can be found in mobile App stores by searching for USACE Little Rock.