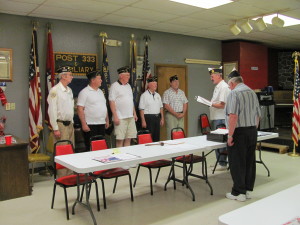 After the Installation ceremony, a buffet luncheon was served by the Auxiliary.