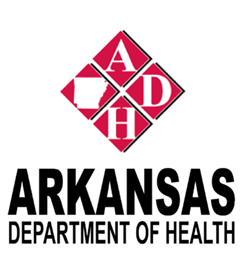 An exposed person is very unlikely to get measles if they had laboratory confirmed illness in the past, if they have had a single measles, mumps, and rubella (MMR) shot, or if they were born before 1957 (when all children were thought to have been exposed to measles). Health care workers are expected to have two MMR doses.

Because the measles virus is highly infectious, the Arkansas Department of Health (ADH) is providing guidance so that exposed people and health care providers can minimize the risk of infection to others. The incubation period (the time from exposure to the measles to the development of symptoms) is typically 8-12 days but can be as short as 5 days or as long as 21 days. In exposed people treated with immune globulin the incubation period can be 28 days.

Through February 1, and possibly longer if the ADH sees secondary cases, health care providers should be on the lookout for measles. Symptoms of measles include a runny nose, high fever, red eyes, rash and cough.

People who were on United flight 5314, or in the UAMS emergency department during the hours stated above, should call their doctor before they enter a doctor’s office for medical care – even if the care is routine and thought to be unrelated to measles. Providers should place a mask on the patient and remove them from common waiting areas. Rapid screening should be conducted for measles, and the person should be placed on airborne isolation until the appropriate workup can be completed.

The ADH urges people outlined above with symptoms consistent with measles to be tested. Providers may contact the ADH Public Health Laboratory if they need assistance with measles testing (PCR of nasopharyngeal swabs) for exposed patients. Providers interested in ADH testing should call 501-537-8969 to discuss with a communicable disease nurse. As this situation evolves, additional updates will be provided.